Francis: beware those who claim to be “very Catholic”


"Pope Francis has strongly criticized Catholics who brag that they are perfect followers of the church’s teachings but then criticize or speak ill of others in their faith communities, saying they cause scandal and even offer a “counter-witness” to Jesus.
“We all know in our communities, in our parishes, in our neighborhoods how much hurt they do the church, and give scandal, those persons that call themselves ‘Very Catholic,’” the pontiff said Sunday.
“They go often to church, but after, in their daily life, ignore the family, speak ill of others, and so on,” he continued. “This is that which Jesus condemns because this is a Christian ‘counter-witness.’”
Francis was speaking Sunday in an off-the-cuff moment during his weekly Angelus address in St. Peter’s Square, which focused on one of Jesus’ teachings about the role of the proscribed laws of the faith of his time." Read more at link below:

Another help is not to scratch the wound by speaking ill of those we are tempted to hate. Unkind thoughts may arise in our hearts. If so, we should leave them there to be dissolved by repentance and absolution. To externalise Bad Thoughts by speaking them aloud in enjoyable sessions of backstabbing and character assassination, all that makes it much worse.
Read more at link below:
BAD THOUGHTS - The Oratory, Birmingham
at August 29, 2015 No comments:

Coffin ships in the Mediterranean & lorries in Vienna

Before the emigrant has been a week at sea, he is an altered man. How can it be otherwise? Hundreds of poor people, men, women and children of all ages...huddled together without light, without air, wallowing in filth, and breathing a foetid atmosphere, sick in body, dispirited in heart, and fevered patients lying between the sound, in sleeping places so narrow as almost to deny them the  power of indulging, by a change of position, the natural restlessness of the disease, by their agonizing ravings disturbing those around. (Stephen De Vere White, a County Limerick magistrate.)

"Irish immigrants were only valuable at the time of paying their fares or beginning their indentures."

My father came to England in the late 1950s after several of his brothers had already made the journey.  The Irish were largely welcomed at the time although one hears reports of signs saying "No Blacks, Irish need apply for jobs." Our neighbours growing up were from Italy, Ireland, the West Indies - as such St Kitts, Jamaica.Indian families came later. We all seemed to get on - kids playing together asking each other "did you hear the one about the Englishman, the Irishman & the Scottish man?" There was a real community spirit.

I know that one of my great aunts made the journey from Bawnboy, Co Cavan (where we now live - back at my roots) to Ellis Island, New York where she obtained employment as a servant. 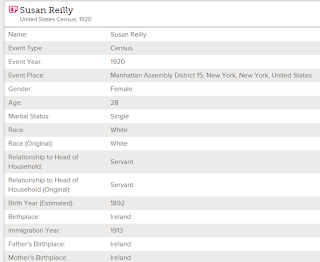 "In this secluded spot lie the mortal remains of five thousand, four hundred and twenty-five persons who, flying from pestilence and famine in the year 1847,  found in North America but a grave."

Regarding the Migrant Crisis in our times:(From April 2015)

Death of the European dream: The Mediterranean’s deadliest migrant disaster 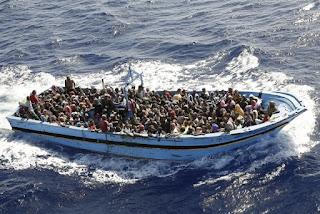 After more than 800 refugees drowned when their boat capsized off Libya’s coast, conflict is still spurring desperate migrants to risk the world’s deadliest crossing inSEARCH

of a better life, and Europe must find a practicalSOLUTION

.
As African migrants continue to risk dangerous voyages in search of lives free from conflict or poverty, Europe — their destination of choice — is torn by competing demands for humanitarian action and political pragmatism. Link here
And today:
Hundreds of people are feared dead after two boats carrying about 500 migrants sank off Libya, officials say.
The first boat, which capsized early on Thursday, had nearly 100 people on board. The second, which sank later, was carrying about 400 passenger. Link BBC News here
And :

Hungarian police say they have arrested four people over the discovery of the bodies of 71 migrants, thought to be Syrian, in a lorry in Austria.
Three of those arrested are Bulgarian and one is Afghan.
The victims included 59 men, eight women and four children who are thought to have been dead for about two days.


The Church, the prophetic voice of migrants here

End of life...still a life worth living: Introduction

End of life...still a life worth living: Introduction: My name is Lizzie Martin and I am a third year occupational therapy student. I have created this blog to explore an area I am very passionat...
at August 28, 2015 No comments:

From Remembering Fr William Doyle SJ
"Instead of a quote from Fr Doyle, today we present, courtesy of the Irish Messenger, a scanned copy of a booklet published in 1931 entitled “Father Willie”. It seems appropriate to look at this booklet today, the day following his anniversary. And the title of today’s post, suggesting that Fr Doyle is a “wonder worker” is not mine, but rather comes from this Jesuit pamphlet.
No author is mentioned for this booklet which leads me to believe that it was written by Fr Doyle’s brother Fr Charles Doyle SJ. Fr Charlie was Fr Willie’s great friend and boyhood companion, and it was he who recruited Willie to the Jesuits – Willie had considered becoming a diocesan priest and decided to become a Jesuit following some prodding from Charlie." 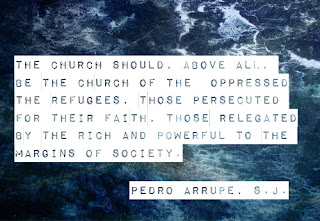 APOSTLE OF ROME - The Oratory, Birmingham